Gavin DeGraw’s brutal attack in New York City has left the future of his tour with Maroon 5 and Train up in the air. 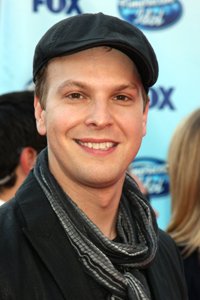 A rep for Gavin DeGraw has spoken out about the brutal attack that left the talented singer hospitalized — and the remainder of his summer tour with Maroon 5 and Train seems uncertain.

Gavin DeGraw was attacked in New York City Sunday night, then hit by a taxi as he was stumbling away from his assailants. His rep says he is being treated for multiple serious injuries including a concussion, a broken nose, cuts, bruises, and a black eye.

Those injuries, especially the concussion and broken nose, mean the future of his tour with Maroon 5 and Train is up in the air.

“Police are conducting an investigation of the attack,” said DeGraw’s rep. “Gavin and his family appreciate everyone’s concern at this time. We have no information yet regarding his upcoming concert dates and promotion for his new album.”

In the meantime, Nikki Jean has replaced the singer/songwriter on tonight’s stop in Saratoga Springs, New York.

Maroon 5 is sending their positive thoughts out to their pal as he recuperates. A rep for the Moves Like Jagger band said, “The band was horrified to hear what happened to Gavin and sends their best wishes to him for a speedy recovery.”