Kenny Ortega had the time of his life in 1987 when he choreographed the cult classic, Dirty Dancing. Now the dancer-turned-choreographer-turned-director is going back to his roots for the remake. 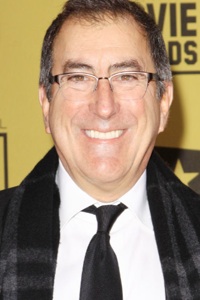 With Footloose hitting theaters this fall, we knew a Dirty Dancing remake wouldn’t be too far behind. The 1987 original starred the late Patrick Swayze along with Jennifer Grey as an unlikely pair that fell in love while practicing the art of dance.

The film features some of the most memorable dance sequences in movie history, and it all came from the mind of Kenny Ortega. Before directing teen hits like High School Musical, Ortega was known for cutting a rug. He choreographed performances in many films including Dirty Dancing, which is one of his crowning achievements.

According to The Hollywood Reporter, Ortega has been tapped to direct the remake and he’s more than happy to bring the timeless story to new viewers.

“The opportunity to direct Dirty Dancing is like returning home for me,” said Ortega. “Growing up in the ’60s on the dance floor helped define me as a person and as an artist. I am looking forward to assembling a great creative team and an exciting cast to bring Dirty Dancing to the screen for a new generation.”

Whatever direction he takes, we hope the film pays homage to Patrick Swayze. Perhaps, they could have a brave soul shout that famous line, “Nobody puts Baby in a corner!”