Gorgeous Anne Hathaway seems to have finally found love in all the right places with boyfriend Adam Schulman. She wasn’t looking for a happily ever after when they met. As a matter of fact, she was leaning a little more toward extended time with herself. As she states in this week’s People, “Adam ruined my plan for a little alone time!”

Related story Anne Hathaway Works Hard to ‘Stay Present’ for a Healthy Work-Life Balance: ‘No One’s Forcing Me To Do Anything’ 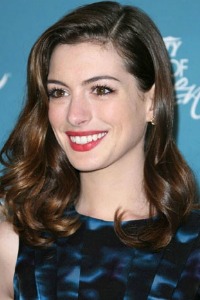 Anne Hathaway is on a career high right now. She hosted the 2011 Oscar telecast and is portraying the iconic role of Catwoman in the latest Batman movie, The Dark Knight Rises. Most importantly, she is happily in love.

The man who gets all her time? Handsome Adam Schulman, whom Hathaway has been involved with for the past three years.

Her time with Schulman has been both a healing and growth period for the actress, and she is relishing each and every moment.

Said the Oscar-nominee, “I’m a romantic at heart! [Of Adam] He’s the best!” I am very much in love with him, [only] Adam totally ruined my plan. I was really actually looking forward to a little alone time and then I fell in love like a fool!”

It’s been a good streak for Hathaway, who lived the life of a woman wronged when former boyfriend Raffello Follieri was convicted and jailed for money laundering, wire fraud and conspiracy.

“People deal with horrible things all the time. Someone has a parent who is battling cancer. Someone has just lost their job. Life is really f**ked up and it’s really painful sometimes,” she told Marie Claire. 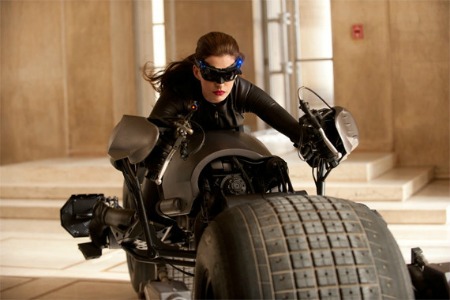 But thankfully, she has come into her own, so much so that she takes over the role of Catwoman — made famous on the big screen by Michelle Pfeiffer and Halle Berry — with toughness to spare. As Selina Kyle, she looks different than any Catwoman of the past. Gone are the fake ears and mask; in is a more modern look.

See the official trailer for The Dark Knight Rises here>>

Image above courtesy of WENN.com