Gaving DeGraw is in a New York City hospital after a night out with friends turned bad. How is he now? 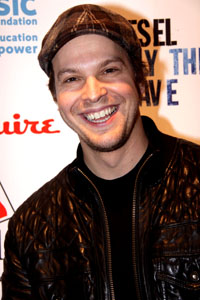 Singer Gavin DeGraw is spending Monday night in a New York City hospital after a brutal attack that left him with several injuries. The Chariot singer just finished a night of drinking with friends when the attack happened about 4:30 a.m. near 6th Street and 1st Avenue, according to the New York Post.

The 34-year-old was walking alone when several men, according to the newspaper, attacked him. He reportedly suffered a broken nose and lacerations to his face and was hit by a taxi as he tried to leave the scene.

“Gavin DeGraw was assaulted… and was taken to the emergency room at Bellevue Hospital by ambulance. He is currently under observation. We have no additional information at this time,” his rep said in a statement.

DeGraw is currently on a summer tour with Maroon 5 and Train, and was about to hit to road again for a date in Saratoga Springs, New York. Sadly, it looks like he’ll be recuperating rather than performing.