The hotties of Bachelor Pad 2 debuted on Monday night and man did we forget how awful they were the first time around!

Bachelor Pad 2 gives The Bachelor/The Bachelorette rejects (unless you’re Vienna and Jake) a second chance at love and a shot at $250,000. 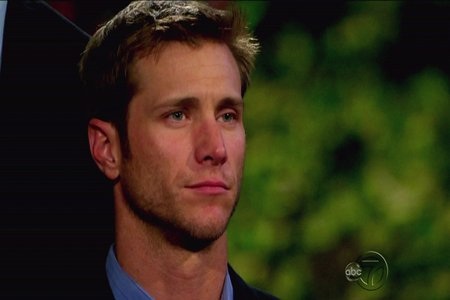 In Monday night’s premiere episode, we got a first glimpse of who’s returning and let’s just say some are in it for revenge (Rated R) and others just want to create fireworks (Michelle Money).

Probably the biggest news of the episode was Jake Pavelka’s apology to Vienna Girardi. It all began when he pulled Vienna’s boyfriend and Bachelor Pad 2 contestant, Kasey Kahl, aside to bury the hatchet.

Jake really had us believing him when he told Kasey he was happy Vienna found someone like Kasey to protect her, but that was only half of the story.

After Jake Pavelka and contestant Jackie Gordon won the first competition of the season, which was to hang from each other while elevated above a bed in a very sexual manner, Jake chose to save Vienna by giving her the “save” rose. He asked to speak with her and Kasey away from the group to explain his reason for saving her.

He blabbed to Vienna that he should never have yelled at her during their very public breakup interview and he was wrong for the way he treated her during that time.

It was basically a huge apology that ended with him looking super sad at the camera — crocodile tears come to mind, but we’ll give him the benefit of the doubt. Vienna didn’t believe a word of it, calling him a “phony robot.”

The whole time this was going on, we almost forgot someone was going home. The first couple sent packing from Bachelor Pad 2 was Justin “Rated R” Rego and Alli Travis.

Did you believe Jake Pavelka’s apology or does he deserve an Oscar?