From being a contestant on The Bachelorette to writing a relationship rule book, David Good knows a thing or two about wooing women. SheKnows got the scoop straight from the Bachelor Pad winner himself about the dos and don’ts of dating. 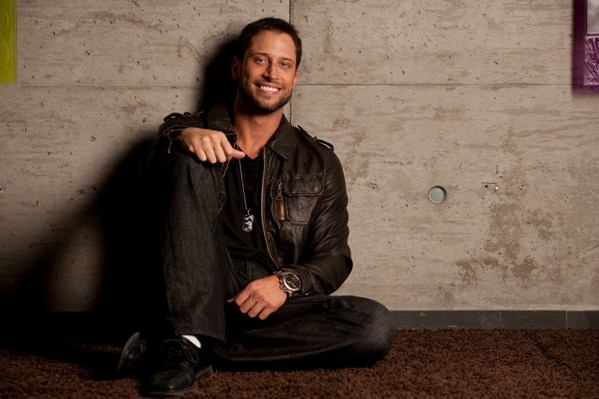 Playing by the rules isn’t always the best choice. Unless of course you’re the Bachelor Pad’s gorgeous winner David Good. Good tells us he always plays by the rules, the rules of “The Man Code.”

“The ‘man code’ is an unwritten set of rules that govern the way men treat each other and the women in their lives,” Good told SheKnows. “The man code is about chivalry, and respect, and accountability.”

When David offered us advice on breaking this secret man code, we jumped at the chance to unlock the mysteries of the male mind.

SheKnows: What is the most important thing in a relationship?

David: Being honest from the very beginning. People start out in relationships trying to hide stuff because they’re afraid, so they sugarcoat everything. I really don’t think women need to do that. Be brutally honest up front and then you don’t have to hide anything later on. Once you lie about one thing you have to cover that lie with another one.

SheKnows: What’s the worst thing a girl can do on a first date?

David: If you’re on your phone the whole time. Or if a guy takes you to dinner and you don’t say thank you, or really appreciate it.

David: If you’re really interested in a guy, don’t sleep with him on the first date. It’s not something you want to tell your kids and believe it or not, that’s something a guy thinks about in the back of his head.

SheKnows: What are three conversation killers?

David: Your exes, sexual history, and the weather.

SheKnows: What are your biggest turn-ons?

David: I love girls who are motivated and have goals, and aren’t looking for some guy to take care of her.

SheKnows: What are your biggest turn-offs?

David: Someone who always needs to be entertained, a girl that can’t hang out with my friends, and someone without a sense of humor. If you can’t laugh at Dumb and Dumber or Anchorman or Talladega Nights, it wouldn’t work out. I would give up some looks for a girl that has all that stuff.

SheKnows: What should a girl do to let a guy know she’s interested?

David: Eye contact. After an extended period, he’ll get the point. The other one would be to just walk up and write your number down. It’s forward, but if he wants to, he’ll call you.

SheKnows: How can a girl tame a “bad boy?”

David: It’s not something you should try to do. If they’re not ready, they’re not going to settle down. A guy has to make up his own mind.

SheKnows: Are you ready to settle down?

David: I’ve done a lot of traveling over the past year and I’m getting to that point where I want to share it with somebody. I’ll be 30 at the end of this month. My mom is getting mad at me.

Also watch our interview with his partner in crime from Bachelor Pad season 1, Natalie Getz >>

For more on David, stay tuned for his appearance on Season 2 of Bachelor Pad, Mondays at 8/7 c. and pick up a copy of his book “The Man Code.”

Natalie Getz’s view of Jake Pavalka and Vienna Girardi’s love triangle
The bachelor pad bomb of drama upon us
Ashley Hebert and J.P. get their party on