Are Ryan Reynolds and Scarlett Johansson on the verge of reuniting? Recent reports say the exes have been spending time together again. 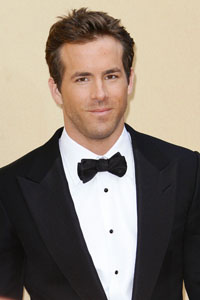 When Ryan Reynolds and Scarlett Johansson split last year after just two years of marriage, they both seemed to move on pretty fast. Now, if reports are to be believed, the former couple may be on the verge of reconciling.

Scarlett moved on first by having a fling with Sean Penn, while Ryan Reynolds rebounded with Charlize Theron — but now the pair is reportedly seeing each other again.

A week after their divorce was finalized, the couple was spotted on a dinner date, and now sources say ScarJo won’t stop texting her ex.

“Scarlett had been asking Ryan to meet since the first week of June,” an insider told Star. “She’s been texting and calling him nonstop since the dinner.”

“She got over the pain of their split by jumping into a fling with Sean, but when that fizzled, she admitted that she felt incredibly alone,” said the source.

read on for more ryan reynolds

Ryan Reynolds is hot in The Change-Up