A stalker of Batman actress Marion Cotillard has been arrested after allegedly sending scary emails and video messages to the French star. 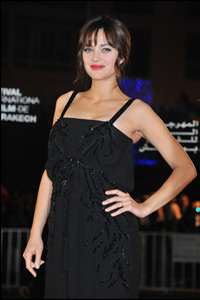 A woman was arrested in New York after she sent scary and bizarre emails and videos to Inception actress Marion Cotillard through a fan website.

Teresa Yuan was charged with interstate stalking and released on $50,000 bail after sending scary messages to the star in July.

“(W)ould you be willing to play Russian Roulette?” Yuan reportedly wrote to Cotillard. “If you weren’t willing and you had no choice, I’d say ‘yeah, that’s pretty unfair.’ But would you still like it that at least there’s only one bullet in this pistol?”

Another scary message went even further:  “The guilt and sorrow I feel now, I won’t feel after it happens. After it happens I’ll feel no regrets whatsoever… that’s apparently how it feels to be a killer, to be a murderer,” the woman said to Cotillard.

The FBI was notified of these messages after the administrator of the actresses’ fan site contacted them about the threatening emails and videos.

Even though Yuan has been released on bail, she has been ordered to stay away from Marion Cotillard, restricted from her fan website and cannot use the Internet outside her home or on a mobile device. Her Internet use at home will be monitored.

Marion Cotillard, who will be appearing in the Batman sequel The Dark Knight Rises, welcomed her first child in May 2011 with her boyfriend Guillaume Canet.

Tell us: Do you think they are doing enough to protect Marion Cotillard from her stalker?