If you’ve been wondering what poor celebrity saps will take to the Dancing with the Stars ballroom floor next, you won’t have to wait much longer. The big announcement is coming Aug. 29.

It’s that time of year again! We get to find out which of our favorite celebrities will hit the floor on Dancing with the Stars. 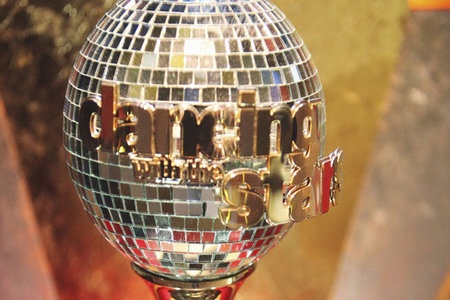 ABC has confirmed it will reveal the celebrity cast for season 13 of Dancing with the Stars on Aug. 29. The big unveiling will take part during commercials for the Bachelor Pad 2, as hosts Tom Bergeron and Brooke Burke will tell us who will race for the mirror ball trophy.

With names like Snooki, Mike Tyson and Rob Kardashian being thrown into the mix as possible contenders, we’re wondering where this whole “A-list celebrity” hunt is. We mean no disrespect, but reality stars are hardly Grade A celebs.

Past winners of Dancing with the Stars include Hines Ward, Nicole Scherzinger and football player Emmitt Smith. Nothing could top last season’s breakout star, even if she didn’t win, Kirstie Alley. We had low hopes for her, and she actually turned it out!

Don’t forget to watch Bachelor Pad 2 to find out which of your favorite stars will be part of season 13 of Dancing with the Stars. Then head back to ABC on Sept. 19 for the two-hour season premiere. Trust us: If we know anything, we know DWTS never fails to make for some good laughs.

Who do you want to see on Dancing with the Stars? Sound off now!