While much of the world loves Ryan Murphy’s show called Glee, there are some “on the fringe” who’d rather see the creator dead than more story lines involving homosexuality and minorities. 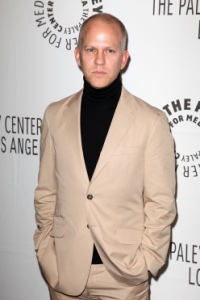 Ryan Murphy has seen the ugly side of Glee‘s success. The series creator reveals he has received death threats over the show’s openly homosexual characters and themes.

Ryan Murphy tells Deadline, “I’ve gotten death threats, yes. I have. I think anytime you shine a spotlight on homosexuality or minorities and you try and say they are as normal or as worthy as acceptance as others, the people who are on the fringe don’t like that and they will come after you. And they have come after me.”

Yet the threats and malice of those few haven’t changed Ryan Murphy’s on feelings on Glee. “I think it’s such a great show for young kids,” he added. “The values of it, I think, are great.”

One episode particularly close to the openly gay writer’s heart is the one in which character Kurt Hummel comes out to his father. The 45-year-old explained, “I thought, so you can do entertainment and maybe do something responsible and socially relevant. That’s when I got interested in looking at the impact that we possibly can have and what can we do with that.”

“I think it’s a great gift when I go to those Glee concerts and look out into the audience and see 20 people in wheelchairs who’ve been driven by their parents across three states because they see someone who looks like them who’s cool. That is an amazing unexpected gift of the show that we take very seriously,” he added.