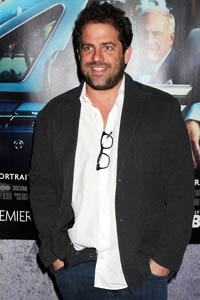 Brett Ratner is producing the next Academy Awards. Does this mean the Oscars will be cool again?

The director described the job as a “dream come true. Ratner told MTV News: “This wasn’t even in my dreams, it’s so far out. This is something I never could have imagined.” He said that he would wasting no time in getting to work on the massive project, saying, “Work begins now. We’re going to hang up the phone and get to work.”

In all likelihood, the Academy is looking to improve on what many feel has become a lackluster event at best. This year, James Franco and Anne Hathaway co-hosted the Oscars, but the attempt to make the old-school awards show hip again bombed. Franco and Hathaway scored mostly negative reviews.

Ratner, who directed the Rush Hour franchise, has been picked to produce the 84th Annual Academy Awards in 2012. Ratner is the director of X-Men: The Last Stand, Red Dragon, and The Family Man.

He also appeared in an episode of Ashton Kutcher‘s Punk’d series, when Hugh Jackman, who starred in the X-Men movies, was tricked into believing that a BBQ grill had exploded at Ratner’s home and destroyed the $3.6 million house in Beverly Hills, California.

James Franco dissects the Oscars: “Me in drag is not funny”