Casey Anthony is still not back in Orlando despite a Department of Corrections order that she return for probation. What’s going on? 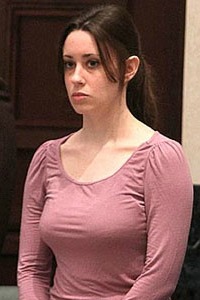 A judge ordered Casey Anthony to return to Orlando after the Department of Corrections determined she did not serve her probation in a check fraud case — but she is still not there. What’s the scoop?

Anthony’s lawyers submitted an emergency appeal to the court after the order was issued because the judge in the check fraud case made a pretty hefty error. During the check fraud sentencing hearing he said that Anthony should serve probation after her release from jail, where she was awaiting her murder trial, but his decision never made it into the written order.

As a result, corrections officials assumed Casey Anthony was serving probation while still behind bars — and her lawyers say she shouldn’t be punished for the judge’s mistake.

“She has completed and already served the sentence,” said defense attorney Lisabeth Fryer. “This is done. This is over.”

A new judge is trying to unravel the mess, but nothing was decided as of today’s court date.

“The best I can say is this is a legal maze,” Judge Belvin Perry said.

“So far, I have not been able to find anything that has dealt with this particular situation… anywhere,” Perry said. “This is a legal morass. If anything could go wrong, it went wrong here.”

Casey Anthony was acquitted on charges that she killed her daughter Caylee and has disappeared from public view since her release from prison.