After Andrew Garfield showed up in costume and made a speech at this year’s San Diego Comic-Con, public opinion started to swing in a positive direction for the web-slinging wonder. 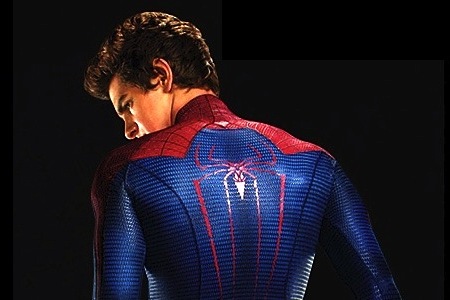 ”I think this might be the most incredible day of my life. I’ve always wanted to be at Comic-Con in Hall H as Spider-Man with all of you guys. This has always been a dream of mine,” he said at the expo. ”[Executive producer] Stan Lee says that the reason why Spidey is so popular is because all of us can relate to him, and I agree. I needed Spidey in my life when I was a kid and he gave me hope. In every comic I read, he was living out mine and every skinny boy’s fantasy of being stronger, of being free of the body I was born into and that swinging sensation of flight. And upon receiving his power, unlike most who become corrupted, he used it for good.”

Yeah, we’re excited for the webbed wonder to hit the big screen — we admit it.

Apparently Sony is, too. One of their executives told Deadline, ” I think it speaks volumes about our confidence in what we are seeing on the new film and our desire to move quickly on the next installment.” We will see Spider-Man back in action in The Amazing Spider-Man 2 on May 2, 2014. The first part opens in July 12, 2012. Let us know what you think. Is this over-confidence? Is it totally justified? Give us your thoughts below.