Ryan O’Neal says his family is “falling apart” after one son was arrested and another was in a head-on collision — both on the same day. 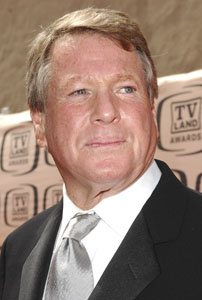 Two of Ryan O’Neal’s three sons are in a bad way this week — but the actor is still making major excuses for one of them.

Redmond O’Neal was arrested earlier this week and charged with two felonies — drug and gun possession — but this is far from his first brush with the law. The son of Ryan O’Neal and Farrah Fawcett has a long history of drug addiction and related arrests, even attending his mother’s funeral in shackles because he was serving time.

In and out of detox and rehab for years, Redmond and Ryan were even arrested together in 2008 when they were busted using together. (Remember that old anti-drug ad? “I learned it from watching you, Dad!”)

Griffin O’Neal was in a bad car accident just hours after Redmond’s arrest, but luckily suffered only minor injuries. Griffin and his father Ryan have been estranged for years after an incident in which Griffin claims Ryan attacked him, his daughter and his pregnant wife with a fireplace poker.

Daughter Tatum O’Neal has detailed her long struggle with drug addiction in two books. She claims her behavior was brought on by the sense of abandonment from her father and the dangerous family environment her brothers were in.

The only one who has stayed out of trouble is Fox Sports broadcaster Patrick O’Neal.

Instead of examining the effect of his notoriously brutal temper and condoning drug use in his home, Ryan O’Neal is placing the blame for Redmond’s troubles on Farrah Fawcett’s death. Too bad that happened years after Redmond’s horrible struggle with addiction began.

“He never recovered from the loss of his mother,” Ryan said. “That’s the part that hurts the most.”

“He doesn’t know how to resolve it for himself so he gets in trouble.

“He’s an addict; addicts use unfortunately, and they just keep using until they want to stop. We’re praying for him every day. We want him to live a good life and not have drugs in his life.”

Redmond O’Neal pleaded not guilty to the charges, was denied bail and is currently awaiting his next court date in the LA County Medical Center jail ward.