Redmond O’Neal pleaded not guilty to felony charges in court today stemming from his arrest earlier this week. 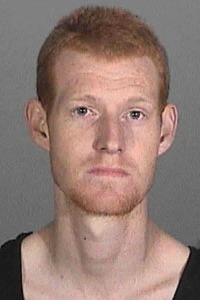 Redmond O’Neal pleaded not guilty in court today on charges that could send him to prison for a very long time.

O’Neal was charged with two felonies, gun and drug possession, both even more serious because he is already a convicted felon and on probation.

Despite his lawyer asking that Redmond be released to the custody of a residential rehab center, he is being held without bail pending his next hearing.

“We received the discovery and the next hearing is set for August 24th,” said attorney Richard Pintal. “We hope that we can achieve a favorable resolution of these matters that would involve additional further treatment for Mr. O’Neal.”

“The judge denied bail, we respectfully implored the court so that Mr. O’Neal could receive assistance and treatment for the underlying causes of all of his criminal cases.”

Redmond’s father Ryan O’Neal and half-siblings Tatum O’Neal and Patrick O’Neal showed their support by appearing in the courtroom. His other half-brother Griffin O’Neal was not there; he was in a car accident just hours after Redmond’s arrest and is recovering at home.

If convicted, Redmond could face three years in prison.