The team who brought us Jack Bauer is bringing the fight on terrorism to Showtime, which means no holds barred action, suspense and drama. SheKnows has the new extended sneak peek of Homeland, starring Claire Danes, Damian Lewis, Mandy Patinkin and Morena Baccarin. 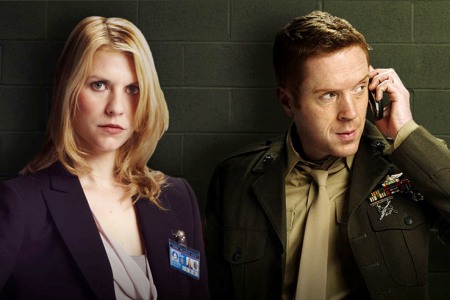 “It’s a cat and mouse game, but there’s also a real deep connection and recognition between the two of them,” exec producer Alex Gansa (24) previewed at the TCA today. “[It’s about] the collision of two people who served in various capacities overseas [and] were damaged in some way by that experience — Claire’s character damaged more because of her own mental illness, Damian’s because of the experience he endured there.”

Anderson’s “damage” is a bipolar disorder she has under control — for the most part. “It provides her this incredible perspective and incredible vantage point, but it also causes her suffering,” Danes previews. “She is incredibly bright, at times dangerously bright, and formidable and focused, even compulsive; but she’s also very, very sensitive and vulnerable. That juxtaposition is interesting.”

While her struggle is internal, her counterpart’s struggle will play out in flashbacks. He is recovering from abuse received during captivity. Forget Jack Bauer’s toruture scenes: This is Showtime, which mean some of the flashbacks won’t be easy to watch.

“I was being peed on only three mornings ago,” Lewis revealed. “I’ve been hung upside down. I’ve been beaten with a club with barbed wire wrapped around it. We’re keeping it as real and as brutal as those things are. It’s not for sensationalist reasons. It’s not for shock value. It has a strong psychological reason. It’s to break somebody physically, emotionally and psychologically so he is then malleable.”

The series premiere of Homeland is slated for Sunday, October 2, 2011 at 10pm, immediately following the sixth season premiere for Dexter.