The CW has ordered extra episodes of some of your favorite shows including Gossip Girl and Supernatural, but where’s the love for The Vampire Diaries? Read on to find out why the Diaries is such a complicated show. 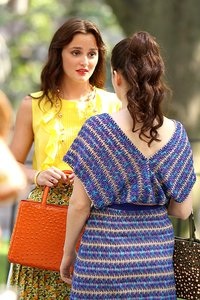 The CW is our guilty pleasure network for popping some popcorn and watching the drama of Gossip Girl unfold, and we just found out we’ll have to invest in more of the buttery snack.

The CW has ordered more episodes of Gossip Girl! Psst… did anyone hear that coming a mile away?

Not only is Gossip Girl getting extra episodes to keep us going through the lull of hiatus; 90210, Nikita and Supernatural will get more episodes, too. The word is that Supernatural and Nikita will be stretched to 23 episodes, while Gossip Girl and 90210 will have 24 episodes.

So, why isn’t the network’s most-watched show, The Vampire Diaries, feeling the love? It’s not because fans wouldn’t salivate over more Damon (Ian Somerhalder), Stefan (Paul Wesley) and Elena (Nina Dobrev). It’s because the post-production schedule is already grueling on the 22-episode show. Plus, Kevin Williamson also has to focus on his new show, The Secret Circle.

Which show are you most excited to have more episodes of? Tell us, we want know!

read on for more cw news