Much of the world was almost without the pleasure of knowing Ryan Reynolds. Hear the actor’s chilling tale of an encounter with a drunk driver at just 19-years-old. 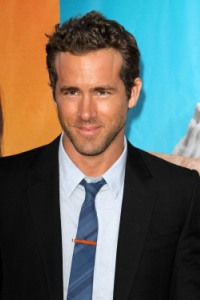 Fifteen years ago Ryan Reynolds was almost killed by a drunk driver. The actor, who stars in Green Lantern and the upcoming The Change-Up, is sharing the chilling tale from his past.

“When I was 19 I was drinking,” Ryan Reynolds told CTV News. “I was at a bar and I had a few drinks and I thought, ‘You know what I’m going to do? I’m going to leave my car here, be responsible.'”

Check out SheKnow’s interview with the one and only Ryan Reynolds!

Three cheers for Ryan Reynolds, right? Not all 19-year-olds are wise enough to make the decision not get behind the wheel after drinking!

Unfortunately that’s not where the story ends. Ryan Reynolds continues, “I started to walk home and I was hit by a drunk driver.”

No small incident either. The collision put the now 34-year-old in a dire state. “I broke every bone in my left side. I woke up three days later,” he recalls. “And I remember my dad sitting there [with] a vomit tray. I guess I had been heaving in my unconscious. And nothing says love like painting someone with three-day-old Gin Rummies. Just soaked the man head to toe in my vomit.”

Though he was able to make a full recovery physically, the incident left a lasting impression. The actor says, “Since then, I’ve been a rickety, broken mess.”