CSI is going through a major change and Ted Danson is right in the middle of it. The CBS drama recently lost leading man Laurence Fishburne and gained Danson, whose addition will be a welcome but jarring change. 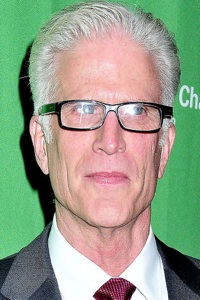 CSI: Crime Scene Investigation has been a network cash cow for over a decade. But since its 2000 debut, it’s gone through its fair share of casting changes including the exit of headliners William Petersen and Laurence Fishburne. So what’s a hit show to do when its leading man bows out? They hire Ted Danson!

Ted Danson is a TV and film vet best known for his roles on Cheers, Damages and most recently, Bored to Death. On CSI, Danson will play the new supervisor DB Russell, whose addition will change the tone and mood of the show.

At the 2011 TCA Press Tour, co-star Marg Helgenberger revealed, “Ted’s character is pretty endearing and he has a way of looking at a crime scene that’s a fresh perspective and it gets under everybody’s skin — in a good way.”

Russell comes from a counter culture background and his lighter outlook on life paired with his funky investigative style will take us back to CSI‘s early days.