Mariah Carey posted a picture of her post-baby body on Twitter yesterday. Check out the songstress getting her workout on!

Mariah Carey is working hard to get her body back — and the singer is showing off her efforts on Twitter. 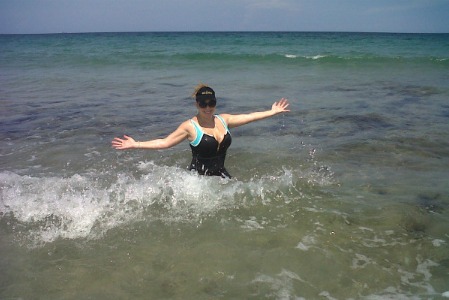 Carey posted this photo Tuesday with the message, “Ocean work out!”

“It’s been a loooong time since I’ve been in the ocean(said like “OPEN”in cruise control).”

The star has not been in hiding, though. The diva recently appeared on HSN to sell her line of perfume, clothing and handbags.

Dem babies are another story, however. The only sighting we’ve seen of them is a Twitter pic of Roe’s hand. Rumor has it Carey and husband Nick Cannon are holding out for a huge payday on a magazine deal for the first images of the twins, but no one’s biting.

Is Mariah Carey’s new perfume as sweet or skanky?