Sean Kingston has given the first interview since his horrible jet ski accident earlier this summer. What does the singer have to say about his ordeal? 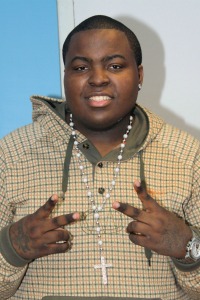 Sean Kingston is lucky to be alive after a jet ski accident earlier this summer — and the worst of it happened the day he was supposed to be released from the hospital.

“They were gonna send me home, but then I had felt a pain in my left chest, and I told my mom,” Kingston told MTV News.

“I had open heart surgery and I had two other surgeries; it was a life-or-death situation,” he said.

Luckily he is now on the mend and was released from the hospital in June.

“What the accident basically taught me is, in life, you have to count your blessings,” he said. “You just got to keep God present at all times and think about the consequences.”

read on for more sean kingston

Sean Kingston is back on his feet after horrific accident