Is there anything Oprah Winfrey can’t do? The acclaimed television host, producer, humanitarian, and actress is set to receive the highest honor Hollywood has to offer — an Oscar! 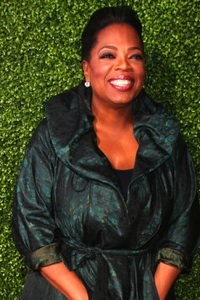 Oprah Winfrey’s won plenty of Daytime Emmys, but she’s never wrapped her hands around an Oscar. Despite her acclaimed performance in 1985’s The Color Purple for which she was nominated, the actress has never been awarded by the Academy — until now.

CNN reports that Winfrey will receive an honorary Oscar — the Jean Hersholt Humanitarian Award — by the academy’s board of governs. The award will recognize her various philanthropic efforts that have shined a positive light on the industry.

Some of Winfrey’s most notable charities include the Oprah’s Angel Network, the Oprah Winfrey Foundation and the Oprah Winfrey Leadership Academy for Girls. Plus, we can’t forget the countless private donations she’s made to individuals throughout the 25-year run of her talk show.

After it’s all said and done, Winfrey will have accumulated an Oscar, Emmy, a Kennedy Center Award, and an honorary Ph.D.