The Breaking Dawn hacker has been caught. Is this the photo of the alleged leaker?

We were pretty pumped when a few photos surfaced of the much-anticipated honeymoon sex scene between Edward and Bella in Breaking Dawn. Sadly, our elation turned to sadness when the photos were quickly yanked. Why? They were stolen by a hacker. 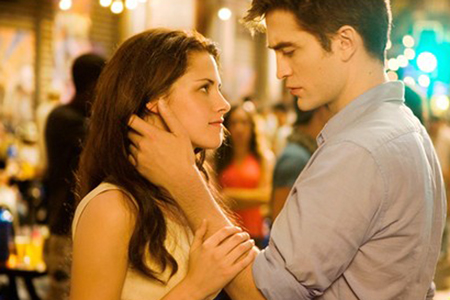 Now, the Breaking Dawn hacker has allegedly been caught — and she’s from Argentina.

“Civil actions in the United States and Argentina name Daiana Santia, along with others, as being involved in stealing photographs, unfinished images and video from both parts of the yet to be released The Twilight Saga: Breaking Dawn which first appeared on the internet of March 31 of this year,” Summit Entertainment stated in a press release.

We’re not sure how old the alleged hacker is, but her (possible) Facebook picture — captured by MovieLine before the profile went bye-bye — makes it seem like she’s probably somewhere in her twenties. 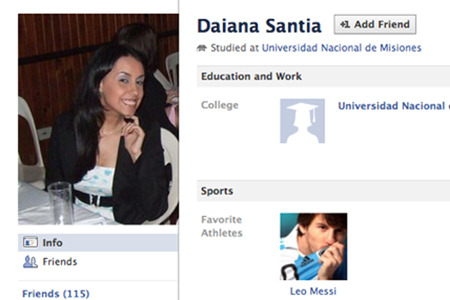 Argentina has also filed charges again Santia, according to the FBI.

“While we very much appreciate the legions of committed fans of the franchise and encourage them to create community online, we cannot ignore that property was stolen,” said David C. Friedman, Executive Vice President and General Counsel at Summit Entertainment. “It is not fair to the majority of fans that want to see the final chapter of The Twilight Saga film franchise fully realized by the filmmaker and dedicated cast and crew to have these images out and available on the Internet.”

Do you think the Breaking Dawn hacker should go to jail for leaking the pictures?

Read on for more Breaking Dawn