The dust on The Real Housewives of New York City reunion has barely settled and already there’s talk of who’s in and who’s out for next season. Read on to find out what we know for sure.

The girls got down with some good old-fashioned catfights on The Real Housewives of New York City reunion special. With all that mud slung, we’re left wondering who’s returning to cause chaos next season? 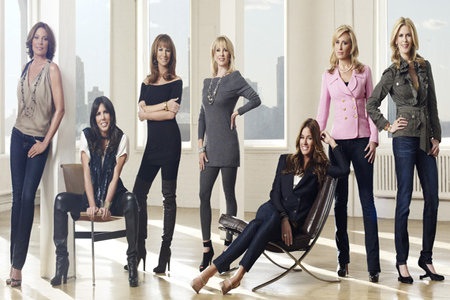 According to a report from the Huffington Post via Rob’s Naughty But Nice Column, one of the housewives said, “No one knows at the moment who is in or out, but the second the contracts go to our representatives, we all email and call each other immediately. So if someone does not get a letter we know within hours. All the cast will now be glued to their iPhones as they wait for the call from Bravo on whether they are being invited back.”

According to the report, the news should break soon — production is looking to begin by Labor Day on season five of The Real Housewives of New York City.

Don’t worry, even if you don’t see your favorite lady back for drama on the Bravo show, it doesn’t means she’s gotten the axe. “Technically no one gets fired they are just not invited back,” it was explained.

Between trying to figure out if Ramona Singer is an alcoholic and whether or not Alex McCord needs to just butt out, we’re exhausted. Can you handle another season of The Real Housewives of New York City?