Leonardo DiCaprio is Forbes #1 celebrity earner and beats out longtime favorite Johnny Depp. This year marks a huge jump for DiCaprio, who was catapulted from the #5 spot he held in last year’s rankings. 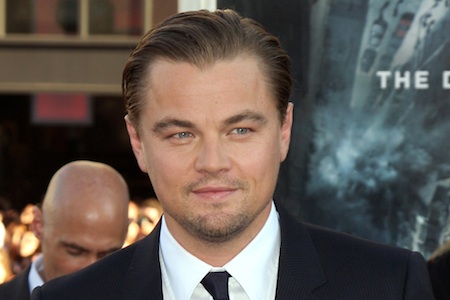 Leonard0 DiCaprio beat out Johnny Depp on Forbes annual list of Hollywood’s Highest Paid Actors with earnings of $77 million dollars from May 2010 to May 2011. Depp, whose held the #1 position last year with earnings of $75 million, slips to the #2 with paychecks totaling $50 million. Ben Stiller, who was #2 in 2009-2010, didn’t even make the top five this year.

Leo can thank his two 2010 blockbusters, Shutter Island and Inception, for the boost to his bank account. These two films alone raked in over $1 billion worldwide. Forbes estimates DiCaprio profited from starring in the successful films, appearance fees to promote the pictures and back-end profits based on the films earnings.

Jonny Depp, Adam Sandler, and Tom Hanks are all longtime runners on the top five list. Sandler held the #4 spot in 2010 while Tom Hanks slips from #3 in 2010 to #5 this year.

Forbes said DiCaprio’s “smart but not obvious” career moves have helped the actor remain successful in Hollywood long after his Growing Pains and Titanic days.