Twilight and Abduction star Taylor Lautner dropped some serious cash on a new car earlier this week as reports surfaced that his flashy new Mercedes SLS AMG is worth over $200,000. 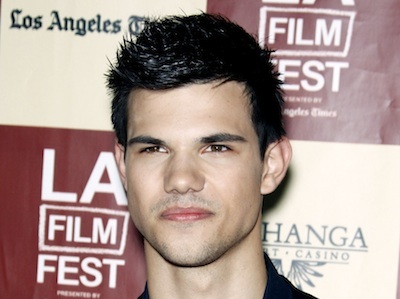 Taylor Lautner of Twilight fame has purchased himself a major present — a $200,000 Mercedes SLS AMG. Still young at 19, TMZ reports Lautner purchased the car straight off a Los Angeles dealership showroom floor with his parents. Totally cute, but we have to admit it’s a little odd to have his parents sign off on such a fast and no doubt dangerous sports car. Maybe it’s a present to himself for the completion of his latest movie, Abduction.

The SLS AMG is quite the car for any automobile connoisseur. It has a V8, can go from 0-60 mph in four seconds, and reaches a top speed of 200 mph. Not to mention its awesome doors that open vertically like wings — aptly called gullwing doors.

Taylor’s purchase comes on the heels of news that rapper Soulja Boy purchased himself a $55 million jet for his 21st birthday. Ah, celebrities and their toys.