Kris Jenner turns an embarrassing situation (ahem, peeing on TV) into her newest money-maker as she becomes a spokesperson for Poise panty liners. 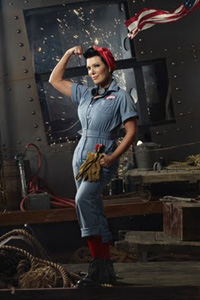 Most women who suffer with urinary incontinence are embarrassed when they wet their pants and would probably try to hide it then discuss the matter discreetly with their doctor — but not Kris Jenner! I guess we shouldn’t be surprised, since she let the cameras follow her during her recent facelift.

On the latest episode of Keeping up with Kardashians, Kris pees her pants at a restaurant after Khloe doesn’t let her out of the booth in enough time to go to the bathroom. “Just clench,” Khloe says, knowing that her mom has an issue with peeing her pants.

After Kris returns to the table, mortified, Kourtney Kardashian insists her mom get it checked out.

Kris soon learns she has stress incontinence, which is a common problem for women after they have had children — and Kris has had six of them!

Not one to let an opportunity pass her by, Kris pitches an endorsement deal and is now the spokesperson for Poise adult panty liner pads.

Check out Kris’s first ad for Poise in their Great Women in History campaign, above. Kris represents Rosie the Riveter, who represents a woman who worked in U.S. factories during World World II.

“People think they’re the only ones dealing with this,” Jenner says. “When you realize that the woman sitting next to you is probably going through the same thing, you feel less lonely.”

With Kim Kardashian’s recent diagnosis of psoriasis, we wouldn’t be surprised if that endorsement deal is also coming soon!

Tell us: What do you think? Do you think Kris Jenner is brave for coming out and talking about her stress incontinence — or do you think money is her motivating factor?