Former Disney superstar Miley Cyrus made a permanent display of her feelings for the world to see when she inked an equal sign on her right ring finger. Miley revealed that, “All love is equal” as she revealed a picture of her new tattoo on Twitter, symbolizing equal rights for gays and lesbians. 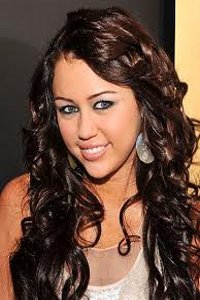 Eighteen-year-old Miley Cyrus has never shied away from stating her opinions. She has always told it (or tweeted it) like it is. So when she took to her Twitter account a few days ago to tell the world her feelings on gay and lesbian relationships, she had some hard core evidence to back it up: a new tattoo on her right ring finger of a small equal sign.

Along with the photo, Miley tweeted, “All LOVE is equal”

Her one-million plus Twitter followers took her to stand, firing back at her opinion, many opposing it. She retaliated by stating, “Where does it say in the Bible to judge others? Oh right, it doesn’t. GOD is the only judge honey. GOD is love!”

Miley has taken a stand on LGBT issues before via Twitter. When Casey Anthony was acquitted in the murder of her daughter, Caylee, Miley stated, “You know the world is skewed when people get away with murdering children but we can’t get gay marriage legalized in the state of California.”

This latest debate may have Miley running from Twitter yet again. Her last very public exit came last year, when she shut down her Twitter account. She later revealed to Parade that the shutdown was because of other’s feelings about her beliefs. This spring, she spoke publicly against Urban Outfitters, calling them “shady and anti-gay.”

“There has been so much controversy sometimes about what I’ve said or done because I believe there are no mistakes, because God is the only one who can judge us. That’s the reason I deleted my Twitter account because I said on there that I believed in gay marriage because everyone should have the right to love one another, and I got such hate mail about my being a bad person,” she said.