Amy Winehouse was planning to adopt a girl from St. Lucia shortly before her death, claims the girl’s island family. 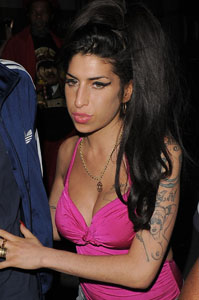 A girl from St. Lucia says Amy Winehouse was set to adopt her before the singer was found dead.

The family of 10-year-old Dannika Augustine claims the singer had already hired lawyers to take care of the details before Amy Winehouse died.

“Amy used to beg me: ‘I want to adopt Dannika. I want to take her to England.’ She was prepared to move to St Lucia to be her full-time mum,” Dannika’s grandmother Marjorie Lambert told The Mirror UK.

“Amy wanted to have a child so bad. If she had not died, there is no doubt she would be here in St Lucia ­completing the adoption process. There is no way she would have done what she did to herself if Dannika was with her.”

The girl’s mother and father both say they agreed to the adoption, and Dannika herself says she already loved Winehouse like a other and is devastated she won’t be joining the singer in London.

“Amy was already my mother,” said the girl. “I would call her mum and she would call me her ­daughter. She took care of me and we had fun together. I loved her and she loved me.”

“She was the most amazing person and I was looking forward to living with her here or in London. I cannot believe she is gone. This is the worst thing that ever happened to me,” she added.

If true, this could help explain the rumor that Amy Winehouse reached out to Dr. Drew before her death.

Not so fast, says Winehouse’s rep, who says the claim is not true.

“I think [Amy] might have met her in St. Lucia, but she was in no way about to adopt her,” her rep said.

Amy Winehouse’s autopsy was inconclusive. A toxicology report is due in the next couple of weeks.