We all know that Spencer Pratt and Heidi Montag-Pratt are annoying — after all, they’re the couple that wrote a book on how to be famous. However, all of their outlandish purchases and lame-o games have landed them in the poorhouse. 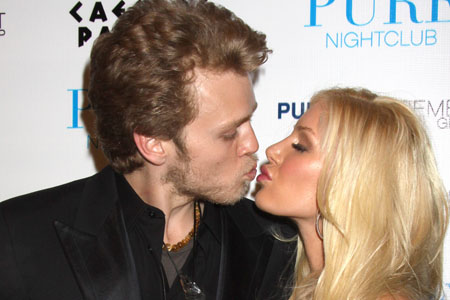 Just how poor? The Pratts are now living with his parents because it’s free, according to a new interview with the couple of The Daily Beast.

“What we learned is: You can be too famous,” Spencer said. “We were living each other’s mistakes — everything we were doing, in retrospect, was a mistake. The second we continued on our quest for fame was a mistake.”

Pratt’s quest for fame led him to buy a monster truck that he only drove once and a million-dollar wardrobe. Of course, Heidi’s Frankenstein-esque plastic surgeries didn’t help their financial situation.

Oh, and the couple reveals that their break-up was just a publicity stunt, like we thought. When asked if they were on the outs he said, “Not for one minute.”

How has their life changed, besides the living situation? “Now all we eat are tacos and burritos,” Spencer revealed. “Whereas we used to eat at Cut.”

Spencer is even considering a return to USC to finish his political science degree.

“What real job — what political world — would want Spencer Pratt, with the stigma I’ve attached to my name?” he said.

That doesn’t mean he’s willing to let go of the fame lifestyle.

“If they called me right now and said, ‘We want you to be on Jersey Shore and be a bully, and we’ll bring your paycheck back,’ I’d say, ‘Get me on a plane to Italy.'”

Do you feel sorry for Spencer Pratt and Heidi Montag-Pratt?