Ashton Kutcher, the new star of CBS’s Two and a Half Men, has landed a pretty impressive trailer while he’s on the Warner Brothers lot. Packed with customizations on two floors, crew insiders are calling the newest cast member a diva with outrageous demands. 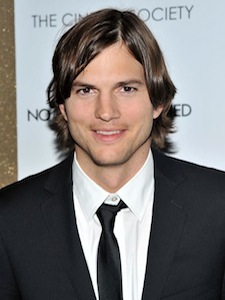 Ashton Kutcher’s trailer on the set of Two and a Half Men is huge — two levels with a satellite TV huge. The awesome pad can be expanded for even more space. The production crew is reportedly calling him a diva, although many speculate those employees are just bitter over Charlie Sheen’s firing.

The trailer was offered as part of Kutcher’s contract on behalf of CBS, and his team didn’t make any sort of request for the luxurious home-away-from-home.

Ashton Kutcher is signed one for just one year and will earn a whopping $20 million for no more than 26 episodes. While that’s almost $800,000 per episode if he films the maximum amount of shows in his contract, it’s a far cry from the $2 million an episode Charlie Sheen earned in 2010. Two and a Half Men‘s future is as unclear as Kutcher in the leading role — CBS has yet to renew the show past 2012.