The Bachelorette’s reunion The Men Tell All dedicated itself to a look back at the men and a look forward to Monday night’s finale. We were hoping for more fireworks when the men faced each other and Ashley, but it fizzled in comparison to past reunions.

The Bachelorette’s Ashley Hebert is getting ready to make her choice between J.P. and Ben F., but first she had to face the men she rejected on The Men Tell All special — and it took a long time for them to bring out the men, trust us. 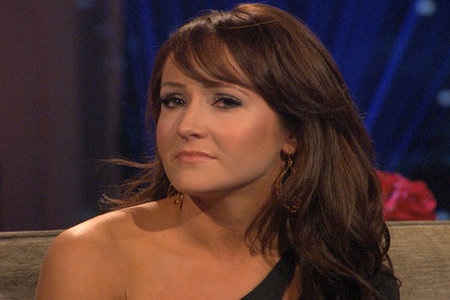 After what seemed like an hour of watching behind-the-scenes bloopers of Ashley Hebert and her men — and a shameless plug for Bachelor Pad 2 — the men finally came out.

We have to say, it was not a very explosive reunion. We got to see Ryan razzed for being too happy — no surprise there — and Ames talk about the famous boxing match that left him in the hospital. Chris Harrison even gave Ames some pretty pink boxing gloves. We do have to say, the ladies in the audience love Ames! Do we smell a stint on The Bachelor once he’s done with Bachelor Pad 2?

We were highly disappointed that the big d-bag elephant in the room Bentley Williams didn’t show up for the party! It’s a good thing he wasn’t there because the men were not too keen on how he treated Ashley. Mickey put it best: “Karma’s a bitch.”

When Ashley came out and got a chance to address the Bentley situation you could tell she was mortified and asked everyone for forgiveness, but stood by the fact that she had no clue he was playing her.

A lot of the guys gave compliments about their time with Ashley especially drunk Tim. It was so funny to watch them “meet” for the first time. Let’s face it; he was too drunk the first time around.

We really hope the season finale of The Bachelorette gives us something to talk about come Tuesday morning because The Men Tell All didn’t give us anything but bloopers and disappointment that Bentley Williams was not there.