Soulja Boy was said has was gifting himself with a $55 million G5 jet for his 21st birthday. Now it looks like the Gulfstream talk was just a rumor. How did it start? 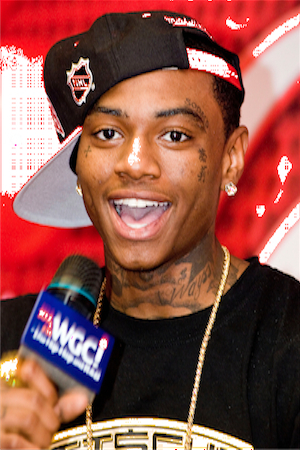 Last week, Soulja Boy was buying himself a $35 million Gulfstream jet for his birthday, then sinking another $20 million of upgrades into it. However, Soulja Boy might have to find another method of transportation because all that Gulfstream talk was just that — talk.

Soulja Boy originally told TMZ that he was buying the Gulfstream jet for his 21st birthday. In fact, TMZ also states they spoke with Soulja Boy’s assistant and a member of his management team.

However, a spokesperson for Soulja Boy, Greg Miller, later issued a statement about himbuying the G5 jet. He said the “elaborate rumors” are “not true.”

Interesting, because Soulja Boy even said he was “G5 status” on a Miami radio show on Friday.

Had Soulja Boy actually purchased the G5, he would have been the youngest African American to own a Gulfstream. In 2010, he came in at number 18 on the Forbes wealthiest hip hop artists list.

Gossip sites around the web report that Soulja still threw himself that $300,000 Miami birthday party blowout that he had planned, but Soulja hasn’t commented on that. That again, even if he did comment, we couldn’t necessarily take his word for it.

Whatever the reason for the G5 rumors perpetuated by Soulja Boy, we hope he had a great 21st birthday.