Christopher “Chip” Mayer, a television star from the ’70s and ’80s, died suddenly on Saturday evening. He was 57 years old. Mayer was best known for his work on the classic television series The Dukes of Hazzard, where he played Vance Duke. Mayer appeared on the show for one season and was fired after the original stars of the show, Tom Wopat and John Schneider, returned after a contract dispute. 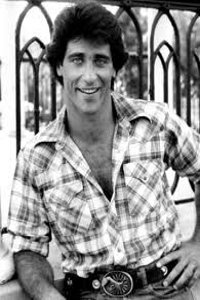 Christopher Mayer was best known as an interim Duke on the Dukes of Hazzard. He, along with Byron Cherry, stepped in to replace Tom Wopat and John Schneider at the start of the 1982–1983 season when the lead actors wanted more money. Instead of canceling the series, the producers filled in the roles with Mayer and Cherry until the stars came to a contract agreement. Mayer eventually played the role of Vance Duke for 19 episodes. After the show suffered a severe drop in ratings, the original stars renegotiated their contracts and reclaimed their roles.

Mayer revamped his Vance Duke character in a cartoon series called The Dukes, and soon followed that up with work in the 1980s as a soap opera actor. He appeared on 134 episodes of the long-running daytime serial Santa Barbara, as T. J.

Read on for more celebrity deaths on SheKnows >>

Hailing from New York, Mayer was raised in Ridgewood, New Jersey, the oldest of seven children. He graduated from Colgate University with a degree in business and initially studied acting in his spare time. After winning several auditions, he decided to devote himself to acting full-time.

Christopher died on July 23 in Sherman Oaks, California. He was 57 years old.

Mayer was married three times: to actress Teri Copley, Eileen Davidson and Shauna Sullivan. He is the father of three girls, Ashley, Alexandra and Angelica.

Said former wife Davidson, an actress on the long-running soap The Young and the Restless, upon receiving the news of Mayer’s death, “I am very, very sad about his death. Chip was a troubled soul, but he had a hilarious sense of humor and a big heart.”