Daniel Craig, star of the new movie Cowboys and Aliens, is so delicious, we’d like to serve him up alongside a side of fries. But beside his obvious good looks, there’s much more to Mr. Craig than meets the eye, and we’ve got five reasons why we’d rather spend our time sucking face with him than anyone else… 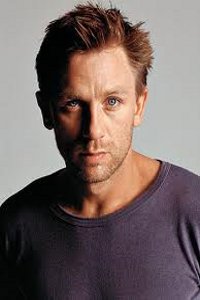 There are some actors that make you melt, there are some that make you scream, and then, there are the select few that make you want to throw them into the nearest closet, lock the door behind you and kiss their lips clear off! Daniel Craig is one of those actors, with his crazy-cool ways and piercing eyes, and of course, let’s not forget the accent! How do we love thee Mr. Craig, let us count the ways…

1. He was James Bond, and will be for four more films!

In Casino Royale, Craig reinvented the James Bond character by allowing him to be suave and rugged at the same time, without losing his charm. In fact, MGM President Harry Sloan loves his performance so much that he has cast him in the next four movies, making his grand total five. Boy is rapidly catching up to Bond icons Sean Connery (6) and Roger Moore (7) as one of the longest-running Bonds of all time.

2. He rocked heels and dressed in drag in a televised UK ad for International Women’s Day and did it well!

International Women’s Day has been celebrated since the 1900s and is globally celebrated on March 3. It honors the achievements of women everywhere and how much further we have to go for gender equality. Daniel is an advocate for women everywhere, which only makes him hotter. In the short PSA, he says nothing, but allows his facial expressions to convey the true message of the spot. Two whole minutes of doing nothing but looking at DC, pure bliss!

3. Puts the “wild” in wild West in the new film, Cowboys and Aliens

By losing his shirt several times during some key points in the movie, he makes the action between the cowboys and aliens seem boring by comparison. He plays an outlaw in the old West who works alongside (sigh) Harrison Ford when invaders from outer space arrive in a dusty Western town.

4. He made marriage hot by settling down with Rachel Weisz

On June 24 in a small ceremony in upstate New York, lucky actress Rachel Weisz became Mrs. Daniel Craig at a top secret location. The twosome met six months ago while filming Dream House (opening September, 2011)  and have been inseperable ever since.

Said Craig about the L word, “Any relationship needs a little love and care at least once a day. I don’t want to get soppy about it, but you have to put a little time into it. It doesn’t matter who you are, you’ve got to keep putting it in.”