Octomom Nadya Suleman says she was drugged when she consented to being implanted with 12 embryos. 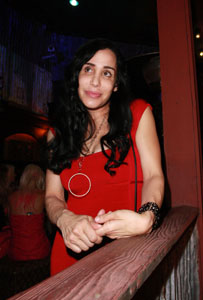 Nadya Suleman told Dr. Drew Pinsky that she was so drugged up when she signed a consent form her fertilization doctor out in front of her that she couldn’t even read it.

Octomom claims Dr. Michael Kamavra administered “a cocktail of drugs” including Valium before having her sign the consent form.

“He wrote something, he gave it to me to sign,” Suleman said. “I signed it, and I didn’t read it.”

Dr. Kamavra has since lost his medical license.

Suleman says she also can’t stand the character she has become in the media. “I have the spotlight, I know it’s my responsibility (for my kids) to brush it away and get rid of the Octomom character,” she said.

Even though she admitted that having multiple children was a mistake, she says there is no other place she would rather be than with them.

“I feel safest at home with my kids,” she said. “And I want to be only there, that’s my favorite time at night, in my pajamas playing Twister.”