Lady Gaga is gearing up to release a photo book featuring 350 original images of the Born This Way singer.

If you woke up this morning and thought, “Man, we really need more Lady Gaga in our lives. She hardly receives any media coverage,” you’ll be glad to know the Gaga gods were listening: She’s collaborating with celebrity photographer/sexual harasser of models Terry Richardson to release a coffee table book filled with photos of the singer taken around the world. 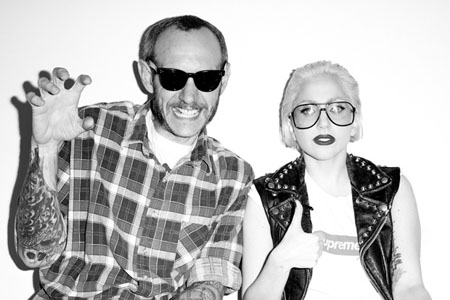 “We are proud to be publishing this remarkable collaboration between Lady Gaga and Terry Richardson and anticipate that it will be one of the most stunning, provocative and coveted books of the 2011 holiday season,” Grand Central Publishing says in a statement.

The book is described as a “visual dialogue” and will feature more than 350 color and black-and-white photos of the Mother Monster taken during 10 months in 2010 and early 2011.

“Richardson followed Lady Gaga and had complete access to her everyday life, with nothing being off limits. Beginning with Lollapalooza in August 2010 to the February 2011 Grammy Awards… to the final shows of her Monster Ball tour, Richardson brilliantly captures the intimate, random, behind-the-scenes moments of Lady Gaga in both her professional and personal life,” the release continues.

The prolific photographer took more than 100,000 images of Gaga and followed her while she recorded Born This Way.

“The resulting book, featuring some of the most revelatory and exciting of these photographs, captures Lady Gaga as never before seen,” the statement says.

We love us some Gaga and all — but really, how are these photos going to break any ground? It might be worth buying, though, just to make Grandma blush after Christmas dinner.

Lady Gaga: I don’t eat
Is Lady Gaga moving to Nebraska?
Lady Gaga to wear BBQ ribs to the VMAs