Hustler founder Larry Flynt told CNN that he’d love to pay Casey Anthony to pose in his magazine. Is she entertaining the offer?

It looks like Casey Anthony might not be getting the big bucks for her first post-jail interview after all. Both NBC and ABC publicly said they won’t pay the acquitted Tot Mom for a big tell-all. 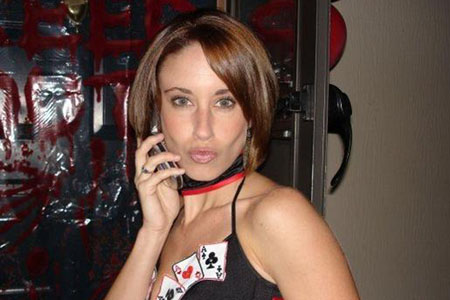 Flynt publicly offered Anthony $500,000 to pose in the nude for his magazine.

“You’ve got men who say, ‘Hey, I want to see her in her birthday suit.’ There may be some sick individuals … but that’s what life is all about” Flynt told CNN. “They said, ‘Why haven’t you made an offer? Why don’t you want to publish her pictures?’ They said, ‘She’s a really attractive person.’ … I’ve never seen that happen before.”

Excuse us while we vomit.

Apparently Anthony’s new handlers aren’t too keen on the idea — so it looks like all those lovesick men will have to wait until she’s really desperate to see her drop her kit.