Clark Gable III, grandson of the great Clark Gable, doesn’t give a damn about air safety. 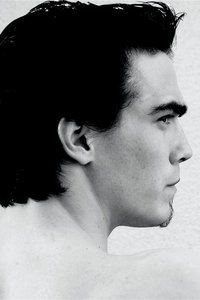 The King would not have been happy about this.

Clark Gable III, the grandson of the great Clark Gable, was arrested Thursday night in Hollywood for allegedly pointing a laser at an LAPD helicopter, says LAPD officer Sara Faden.

The pilots of the helicopter saw “a green laser light shining on them and at that time they requested additional ground units to come to the scene,” Faden says. “They observed a vehicle with two occupants and they found the laser that was shined on the airship and they were both taken into custody.”

It sounds like Gable III doesn’t give a damn about air safety. He was booked on a felony charged with a $60,000 bail.

Gable family members told TMZ that he was just pointing the laser at the famous Hollywood sign. His bad-boy image goes back to 2009, when he was stabbed at a house party.

If his grandfather, who starred in Gone with the Wind, was still around, you can bet he’d take the 22-year- old over his knee and teach him a lesson.