True Blood‘s Denis O’Hare is a married man! The Vampire King of Mississippi has taken a husband and is showing off a photo of the new Mr. & Mr. O’Hare. 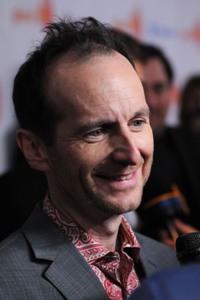 Denis O’Hare has happy news to share with the world. The True Blood actor has married longtime boyfriend Hugo and is spreading word of their New York nuptials via Twitter!

Last year the 49-year-old, who plays Vampire King of Mississippi Russell Edgington on HBO’s True Blood, spoke to The Advocate about his partner.

“Hugo and I have a pretty fantastic relationship,” Denis O’Hare said. “We definitely have our frictions here and there, but we get along really, really well. At 10 years we have a great amount of mutual respect for each other, so we rarely descent into any kind of disrespectful sniping.”

Hours after announcing his marriage Denis shared the photo below, writing, “Hugo and I in the courthouse … Mr. And Mr.” 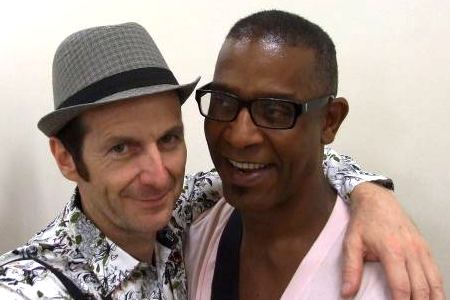 Fans of Denis O’Hare’s True Blood character may still have reason to hope to see the entombed in concrete Russell Edgington again. The actor told The Hollywood Reporter in February, “I left them on a high. They have been very, very nice to me, and they tell me that they think I’m going to come back.”

Denis O’Hare continues, “Someone discussed a possible idea with me, which, of course, I can’t tell you. But it’s a very cool idea. It’s not far fetched, but it’s not something that you would see coming.”

Congratulations to the Mr. and Mr.!