Charlie Sheen says his twin boys are of the utmost importance to him, but he hasn’t seen his kids in weeks, and their mother is in rehab. 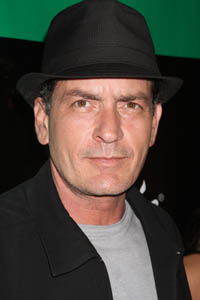 Charlie Sheen is acting like a less-than-perfect dad. According to reports from inside the Hollywood actor’s circle, Sheen hasn’t been around to see his twin boys in almost a month. What makes it even harder for the kids of this scandal-prone duo is their mother, Brooke Mueller, is in rehab.

“Charlie last saw the boys about three weeks ago,” a source in the know reports. “He hasn’t requested to see the boys more now that Brooke is in rehab.”

While the boys’ mother, Brooke Mueller, was supposed to undergo a controversial treatment for addicts at a Mexico rehab last week, the reality star ended up checking into an in-patient rehab facility somewhere in the U.S., where she will remain for the next 60 days or more.

Who’s taking care of Bob and Max while their parents are missing in action? Mueller’s mother, Moire Fiore, is playing mom to the kids in the meantime.

As for why Sheen wouldn’t take time out of his not-so-busy schedule to parent his toddlers, a source says that Sheen is not the most consistent father.

“Charlie isn’t working right now, but he just doesn’t seem interested in seeing Bob and Max,” the source says. “Charlie goes through phases where he is a very involved and doting parent, and then to the other extreme of not having any contact whatsoever with the boys.”