A Washington town has shot down a resolution to rename a local bridge after Kurt Cobain. 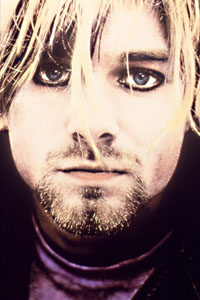 Rock fans wanted to rename a bridge in Aberdeen, Washington after the late, great Nirvana frontman Kurt Cobain — but the Aberdeen city council shot down the idea on a 10-1 vote.

Cobain grew up in the Washington town and the bridge in question, crossing the Wishka River, was a place where the grunge star said he went to escape the pain of his tortured family life and inspired the song Something in the Way.

But several Aberdeen residents had issue with dedicating a bridge to the memory of a man known for his heroin addiction and grisly suicide, regardless of his tremendous contribution to rock.

Cobain died of a self-inflicted gunshot wound in 1994, leaving behind wife Courtney Love and their daughter Frances Bean, becoming another member of the 27 Club.

The town of Aberdeen has not totally ignored Cobain’s legacy, though. As you drive into town, the sign that will greet you reads: “Aberdeen: Come as you are,” a reference to the Nirvana song of the same name.