From posting a 200-pound pregnancy picture to ditching Oprah Winfrey — Jenny McCarthy is sure making some news. But not all of it is true. Read on for the details.

News began circulating Jenny McCarthy and Oprah Winfrey weren’t work BFFs anymore after Fox411 reported McCarthy dumped Winfrey for NBC. The report listed a “difference of opinion” for the split and said that McCarthy didn’t like the direction of on of her shows. 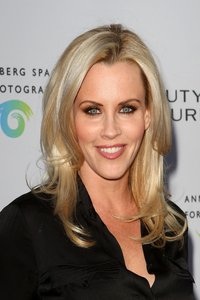 Well, don’t believe everything you hear. A rep for OWN told E! News, “As discussed, the report by Fox411.com is inaccurate.” Wow this is getting interesting.

The rep went on to say, “There were never any plans to do a show with Jenny McCarthy for OWN. Harpo Studios was working with her to develop a potential syndicated series. They mutually agreed not to move forward with the project and we all wish her well.”

Are you starting to see where this would get twisted? Winfrey backs both Harpo Studios and OWN but they’re not the same thing.

So, all is right with the world. McCarthy and Winfrey can continue their friendship and the world will have balance.

The only piece of the puzzle we’re waiting to here on is the NBC scuttlebutt. The peacock network hasn’t confirmed anything pertaining to McCarthy or a show.

Would you have watched a show brought to you by McCarthy on OWN if it had been intended to be produced?