NBC News was in a bidding war for Casey Anthony’s first tell-all interview. Not anymore! 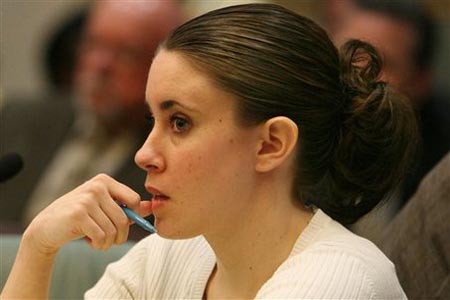 “NBC News has not and will not be in a bidding war for a Casey Anthony interview. No money has or will be offered, no licensing or other arrangements. If we were to conduct an interview it would be under our standards,” a rep for the network said in a statement.

However, the rep did confirm the rumor that they paid for defense attorney Jose Baez’s room at NYC’s Mandarin Oriental Hotel last week while negotiations were underway.

That’s not too cool, but at least they’re fessing up to it.

Baez reportedly met last Thursday with another notorious defense lawyer, Mark Geragos, and talked about getting a “big price tag” for Anthony’s tell-all.

So, where does it stand now? ABC is reportedly following suit and won’t offer licensing fees for photos anymore. The network was widely criticized for paying one of disgraced politician Anthony Weiner’s sexting friends several thousand dollars for her compromising photos of the congressman.

“We can book just about anyone based on the strength of our journalism,” an ABC rep said in a statement.

So, will the newly-free Anthony get any money for interviews? Who knows at this point, though we’re betting the pay-per-view idea is getting a lot of love right now.

Do you think anyone should pay for Casey Anthony’s tell-all interview?