The fantasy league to end all fantasy leagues will be coming to Randall’s Island, NYC, this November, as the the fifth annual Quidditch World Cup takes place. For Harry Potter fans of all ages, this is the place to watch as the fictional game comes to life with over 100 teams competing for the coveted trophy. Flying brooms optional.

The fifth annual Quidditch World Cup will take place at Randall’s Island in New York City on Nov. 12-13, 2011. For fans of the game, made famous by the Harry Potter franchise, there is nothing more exciting than to see it played live. Each year, more and more teams compete for the coveted trophy. This year, there are over 100 teams vying for the title of the best of the best, and of course, there are plenty of fan favorites. 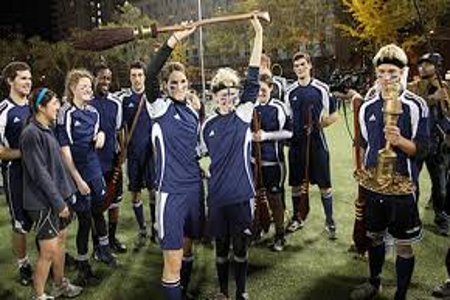 The rules are simple for the game. Players must score with a ball between hoops until the Golden Snitch is captured by some of the lightest players on the field. The team who grabs the golden-colored ball earns 30 points and the game is officially over.

In the Harry Potter movie franchise, there is a golden ball with wings. On the real playing field, there is a snitch runner, by which players must grab the prize sometime during the match.

The game of Quidditch is a hybrid of soccer, rugby and basketball.

The Harry Potter movies and JK Rowling books add special effects to the game, such as flying on broomsticks. Since it is virutally impossible to do this in real-life, players keep a broomstick between their legs throughout play of the game.

The Quidditch World Cup is sponsored by non-profit group called the International Quidditch Association, and teams compete thorughout the fall until the official Quidditch cup competition. This year, the favorite to win is Midddlebury College, from Vermont, who currrently sits in first place since last year’s World Cup, where they took home the trophy.

This year, the game will be played on nine massive fields over the two days of competition at Randall’s Island. Randall’s Island is situated in the East River in New York City, and is seperated from Manhattan on the west, from Queens on the east and from the Bronx on the north. Quidditch competitions have become a mainstay of Harry Potter conventions, such as Nimbus 2003, The Witching Hour and Infinitus 2010.