Real Housewives of Beverly Hills star Taylor Armstrong revealed exclusively to People magazine that she was verbally and physically abused by former husband, Russell Armstrong, during their six-year marriage. Now she says, looking back on that time she feels a sense of peace in her life and that she had the strength to overcome the hard times. 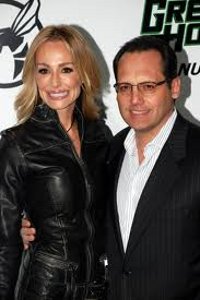 The frequent on-air confrontations between Taylor Armstrong and ex-husband Russell Armstrong during last season’s Real Housewives of Beverly Hills were child’s play compared to the darker secrets lurking beneath the surface.

Taylor revealed exclusively to People magazine that her marriage was abusive, both physical and verbal.

“I felt like I was dying inside,” she revealed. “Now, there’s some sense of peace.” The two always had highly combative arguments, where Russell would curse and call her names. She said the arguments sometimes led to physical violence, where he resorted to grabbing her, throwing things, shoving her and pulling her hair.

In response, Russell Armstrong revealed in a statement, “Did I push her? Yes, maybe things happened in the heat of the moment, but it was during a time in our lives that was not characteristic of who we were. This show has literally pushed us to the limit.”

Taylor is not the only Real Housewives of Beverly Hills star to feel the public pressure of the reality limelight. Castmate Camille Grammer was in the midst of a nasty divorce from TV star Kelsey during filming of that particular season and sisters Kim and Kyle Richards came to blows in several very heated altercations.

Right now, for Taylor, the focus is on the couple’s daughter Kennedy.

Divorce is hard for any young family to go through, but magnify it a million times when you’re in the limelight, and it is understandable why Taylor is concerned for Kennedy’s well-being. But, she is looking towards a bright future for her and Russell to be able to co-parent as well as possible, for the benefit of their young daughter.

Said Taylor, “I would like joint custody. He’s an amazing dad and I want her to still think her dad is the greatest guy on the planet. But, I think I hurt for my daughter more than I do for myself. It feels like a big loss that she’s not going to grow up with both of her parents in the same house.”