Jalen Rose will see the inside of a jail cell, thanks to a night of too many martinis. 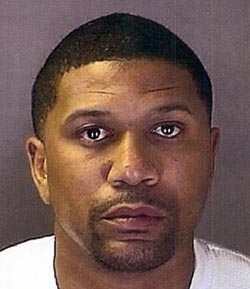 Former NBA basketball player and ESPN sports analyst Jalen Rose was just sentenced to 92 days in jail, thanks to his drunken driving arrest in March near Detroit.

An embarrassed Rose admitted to the judge that he guzzled six martinis before he rammed his SUV along a snow-covered road in a suburban area.

“I’m humbled, I’m embarrassed and I’m very apologetic. I can assure everyone that nothing like this will ever happen again,” he said.

Judge Kimberly Small believed he was sorry, but still gave him a lecture.

“I don’t think you have an alcohol problem, and I sincerely believe you when you say this will not happen again,” she said. “But there are issues of punishment and deterrence. The one thing that people never want — that they will hire expensive lawyers to avoid — is jail time. That’s why I believe it is the right punishment.”

Ultimately, the former University of Michigan standout will serve only 20 days in jail — the 72 remaining days are suspended. That’s more time than Lindsay Lohan has ever served for any of her crimes.

Rose’s legal troubles didn’t stop there: He was picked up for driving 46 miles per hour in a 25-mph zone.

Here’s an idea, Jalen: Maybe get a driver for a little while?

Do you think Jalen Rose got off too easily?