HBO’s Entourage is in its last season, and we’re in mourning — seeing cutie Adrian Grenier every Sunday night was a date we always looked forward to. Today, we’re paying homage to this dark-and-sexy star (specifically those blue eyes and wild, curly locks) and looking forward to the upcoming Entourage movie (yep, it’s official!). 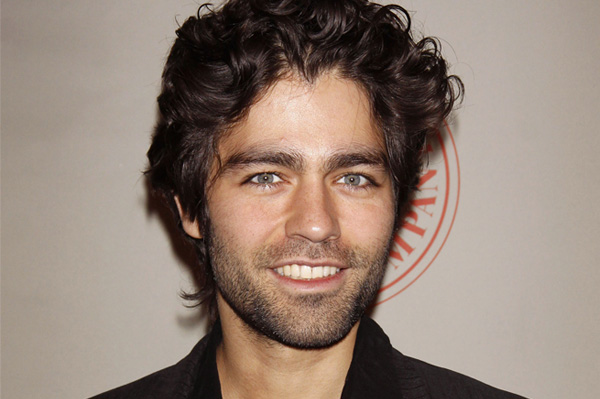 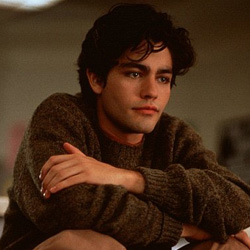 He starred in our girlhood dreams

Little-known fact: One of Grenier’s first roles was as Melissa Joan Hart’s swoon-worthy love interest, Chase Hammond, in the 1999 teen movie Drive Me Crazy. Hello, could there be anything better than having this hottie show up on your doorstep in high school? We think not! But wait, it gets better: He and Hart also made a cameo in Britney Spears’ 1999 video for the song Crazy. (Watch the video here!)

And, okay, this next film isn’t exactly an oldie, but we could watch him again and again as Anne Hathaway’s boyfriend in The Devil Wears Prada, especially when he makes her that delish-looking gourmet grilled cheese. Good food, hot dude — yep, those are life’s basics! 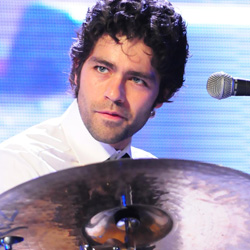 This bloke is a talented one. In addition to acting in TV shows and movies, Grenier is a documentary filmmaker. His 2007 film A Shot in the Dark chronicled his journey to reconnect with his estranged father, whom he had not seen since age 6. They did, eventually, meet again. “My father,” Grenier told People magazine, “makes me feel safe and complete. Maybe I can do that for a child someday.”

As if filmmaking wasn’t enough, Grenier is in not one but two New York bands. He drums for The Honey Brothers and is the lead singer for Kid Friendly. Good luck finding an instrument that Grenier isn’t game for tackling. He plays guitar, French horn and the piano, too.

Grenier has famously lived in New York’s hip Williamsburg, Brooklyn neighborhood and he’s a die-hard fan of the city. “I’m one with New York and New York is one with me. I grew up there; there’s no escaping it. We’re like Siamese twins, if you separate us, I’ll die,” he said in an HBO interview. We’d definitely “settle” for shacking up with him in the Big Apple! 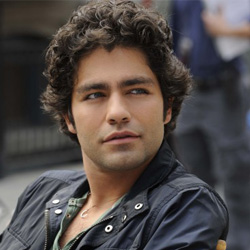 He was the ideal Vincent Chase

Entourage series creator Doug Ellin just confirmed it: An Entourage movie is in the works! We think Grenier

was a big part of why the series worked. Grenier was a shoo-in for the part of a hot movie star — and now life is imitating art! Based on what he told Parade.com, it sounds like he agrees: “Vince has changed my DNA. I think there’s always going to be a little Vince with me at all times.”

Name a hot actress and gossip hounds have linked Grenier’s name to her — Blake Lively and Ashley Greene were both rumored to be recent girlfriends. His most recent (public) steady girlfriend was Transformers actress Isabel Lucas, but they split in 2008. As of now? No particular lady is on his arm. He once told Us Weekly: “I’m turned on by a woman who has a strong vocabulary and is not afraid to use it.” In that case, please don’t accuse us of being loquacious, but we’re enamored with this pulchritudinous specimen! 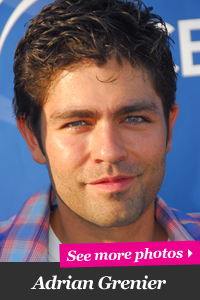 Adrian Grenier sings with his band The Honey Brothers