Joe Pesci is suing the producers of the upcoming Gotti movie for what he calls their bait-and-switch tactics. 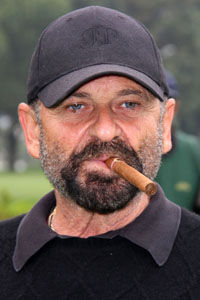 Actor Joe Pesci is suing the producers of Gotti: In the Shadow of My Father because he claims they used bait-and-switch tactics to get him to do publicity for the film.

Pesci says he was originally signed on to play Angelo Ruggiero for $3 million, and packed on a whopping 30 pounds to more closely resemble the man who was John Gotti’s close friend and advisor in real life.

Now Pesci claims that after making press rounds about how thrilled he was to be in the flick and bringing them lots of publicity, producers breached his deal by offering him a much lesser role for a greatly reduced salary of $1 million.

“Defendant has no intention of paying Pesci $3 million or having him portray Ruggiero in the film,” the lawsuit states. “Rather plaintiff secretly planned to use Pesci’s name and likeness to promote the film and then to later concoct some pretext for terminating the contract so as to avoid paying plaintiff anything for the substantial publicity and ‘buzz’ that was generated.”

“[Pesci] has since ended his very strict and healthy diet, and has so far gained approximately 30 pounds in anticipation of playing Ruggiero, who was well known for his heavy and stocky build.”

Producers say that Pesci is full of it because he never actually signed a contract — in fact, they’re saying they may countersue.

Lindsay Lohan will star in Gotti as well. Filming is set to begin in January 2012.