Amy Winehouse has had a long struggle with drugs and alcohol, but her family says it was her sudden withdrawal from alcohol that may have killed her. 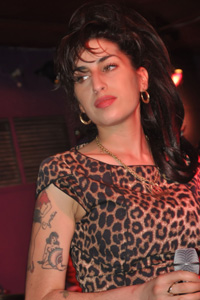 With her autopsy inconclusive and her toxicology results weeks away, Amy Winehouse’s family is giving some insight as to what they think was the cause of her death.

Winehouse’s doctor advised her to gradually step down from the heavy drinking, but the Grammy Award-winning singer ignored her doctor and reportedly stopped completely, possibly causing her to have a seizure from the dramatic withdrawal.

“Abstinence gave her body such a fright, they thought it was eventually the cause of her death,” a source close to the family tells Britain’s Daily Sun.

There were reports that Winehouse, 27, went on a 72-hour bender before her death and “drank the bar dry,” drinking “gallons” of gin, but her father, Mitch Winehouse, spoke out against those claims during his eulogy at her funeral.

“He wanted everyone to know that he, her boyfriend and her manager believed it was actually the complete opposite,” a family friend says. “He said doctors had told Amy to gradually reduce her intake of alcohol and to avoid binging at all costs. Amy told him she couldn’t do that. It was all or nothing and she gave up completely. Mitch said the shock of giving up, after everything she had been through over a bad few years, was just too much for her to take.”